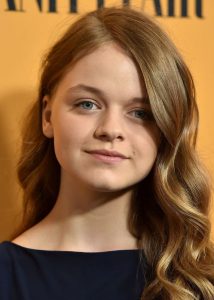 Kylie Rogers is an American actress. She started her career as a child, debuting in an episode of Days of Our Lives in 2012. That same year, she appeared in the B-movie Horror House. She also appeared in 2 episodes of Private Practice as Sarah Nelson. She next had guest roles in such television shows as CSI: Crime Scene Investigation, Deadtime Stories, Mob City, and Once Upon a Time in Wonderland. Her first starring role on television was as Minx Lawrence in The Whispers. She also had performances in the films Mojave, Fathers and Daughters, Miracles from Heaven, and Collateral Beauty. Her latest movie role was in 2018’s Skin.