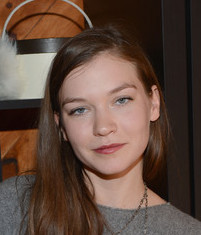 Hannah Gross was born on September 25, 1992, in Toronto, Ontario, Canada. She studied at the New York University’s Tisch School of the Arts where she completed a degree in theater. She started her acting career with uncredited roles in the early 2000s. In 2013, she made her first credited role on film as Abby in I Used to Be Darker. She next had a supporting role in the film Christmas, Again.

In 2016, she had a role in the film Unless. She later debuted on television, starring as Debbie Mitford on the miniseries Mindhunter. At the same time, she played the younger version of the titular character in the 2017 film Marjorie Prime. This year, she appeared as Susan in the film The Mountain. She also gained further recognition for her role as Marin on The Sinner’s second season.