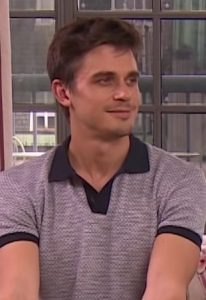 Antoni Porowski is a Canadian actor and TV personality. He started his acting career in short films. In 2010, he made his television debut in an episode of Blue Mountain State. He later had his first film role in the independent feature Elliot Loves. After this, he appeared in an episode of The Blacklist. He went on to appear in the films Daddy’s Boy, The Pretenders, Horror Time, and Blood Surf. In 2018, he gained mainstream recognition for his work in the Netflix series Queer Eye. He’s been on the show since then. He’s also appeared in Nailed It! and Lip Sync Battle.