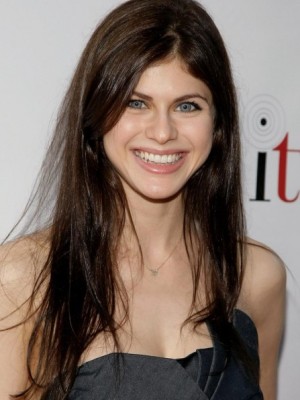 Career Beginnings and Breakthrough in Hollywood

Alexandra Anna Daddario was born on March 16, 1986 in New York City, New York, U.S. to a lawyer mother and a prosecutor father. She grew up on the Upper East Side. She has a sister, Catherine and a brother, Matthew who is also an actor. Her acting began at age 16 when she played Laurie Lewis in the soap opera All My Children, a role she played from 2002 to 2003.

After her role in All My Children ended, she made a guest appearance in the television shows Law & Order and Law & Order: Criminal Intent. During this time, she made her film debut with a small role in the comedy-drama film The Squid and the Whale, which became a critical success, receiving an Academy Award, Golden Globe and Independent Spirit Award nominations.

In 2006, she appeared as Alex in the movie Pitch, followed by guest roles in such television programs as Conviction, The Sopranos, and Law & Order. Also in 2006, she starred as Kim in the drama film The Hottest State, which was written and directed by actor Ethan Hawke. It debuted at the Venice Film Festival and received a limited theatrical release in the US. She next appeared as Barbara Yates in the 2007 independent movie The Babysitters, starring John Leguizamo, Cynthia Nixon and Katherine Waterston. It debuted at the Toronto International Film Festival where it received negative reviews. The following year, she played the role of Ava Strauss in the horror film The Attic.

In 2009, she returned to television by making more guest appearances in such TV shows as Damages, Life on Mars, Nurse Jackie and Law & Order: Criminal Intent. She later appeared in the concert film Jonas Brothers: The 3D Concert Experience. From 2009 to 2011, she became known for her role as Kate Moreau in the television series White Collar.

Percy Jackson & the Olympians: The Lightning Thief received mixed reviews from critics but proved to be a box office success, earning more than $226 million on a $95 million budget. For her performance, Daddario earned a Teen Choice Award nomination for Best Female Breakout.

Later in 2010, she starred as Allison Miller in the slasher film Bereavement, starring alongside Michael Biehn, John Savage and Nolan Gerard Funk. Reception for the movie was mixed to negative. The following year, she starred as Paige in the comedy film Hall Pass, which received negative reviews but managed to succeed at the box office with a worldwide gross of over $83 million on on a $36 million budget.

In the next few years, she made guest appearances in such television shows as It’s Always Sunny in Philadelphia and New Girl, as well as playing recurring parts in Parenthood as Rachel and in True Detective as Lisa Tragnetti. In 2013, she starred as Heather Miller in the slasher movie Texas Chainsaw 3D. Texas Chainsaw 3D generally received negative reviews from critics but was a box office success, grossing over $47 million on a $20 million budget. Later in 2013, she reprised her role as Annabeth Chase in the second installment in the Percy Jackson film series, Percy Jackson: Sea of Monsters.

The second Percy Jackson film generally garnered unfavorable reviews but became a box office success just like the first film. It went on to have a worldwide gross of over $199 million on a $90 million budget.

Subsequently, she appeared in the short film Life in Text, followed by the films Unreachable by Conventional Means and Burying the Ex. She stars in the 2015 upcoming disaster film San Andreas, starring alongside Dwayne Johnson and Carla Gugino.

Since stepping into the limelight, people have become curious as to plastic surgery’s role in her life and her career. She has such a formidable beauty that it seems that plastic surgery has nothing to do with it. But the same can’t be said to her body.

Recently, Daddario sparked rumors of plastic surgery when people noticed that her cup size has prominently and distinctively increased. When compared to her previous photos, it is apparent that a massive transformation did happen. The size of her breasts before was not big enough as to call attention but her recent bust is a different story, especially when it doesn’t match her slim physique.

It seems that Daddario opted for breast implants, giving her fuller breasts and a sexier image. Now, people can’t stop looking at her face and her more voluptuous body. It’s not certain whether her fans find this change attractive or if they just think the 28-year-old actress wasted her natural looks for an artificial set of breasts. The actress has since ignored the reports.