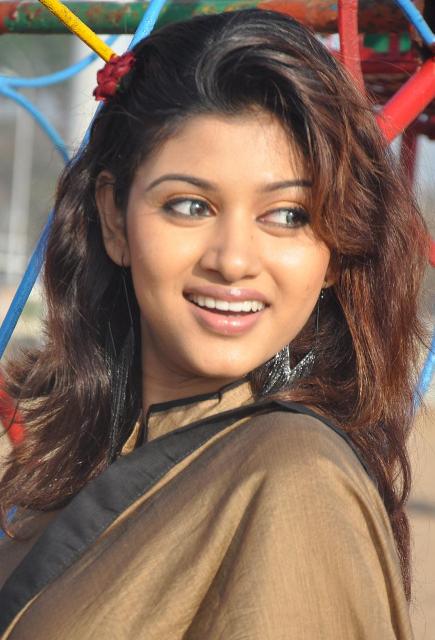 Oviya was born on April 29, 1991 in Thrissur, India. She attended Vimala College in Thrissur where she graduated with a BA in Functional English. In 2007, her acting career began with her debut in the Malayalam film Kangaroo.

She then appeared in two more Malayalam films – Apoorva and Puthiya Mukham, before gaining her breakthrough in the Tamil feature Kalavani, for which she was nominated for a Vijay Award for Best Debut Actress.

She has since starred in other motion pictures like Manmadan Ambu, Puthumukhangal, Muthukku Muthaaga, Manushyamrugam, and Marina. In 2012, she starred as Maya in the Tamil movie Kalakalappu, for which she won the Edison Awards for Female Rising Star.