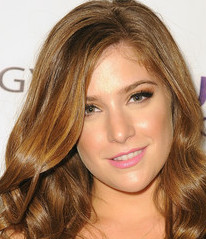 Mimi Gianopulos is an American actress. She started her career debuting in the 2007 film Moondance Alexander. She became more active recently in the 2010s, playing the role of Molly in What to Expect When You’re Expecting. This was followed by another role in the 2013 film The Wine of Summer. Between 2013 and 2016, she became known for her recurring role as Angela in the sitcom Baby Daddy. Her latest film performances were in the movies Lily & Kat and Get a Job. The actress had also starred in the pilot called Continuing Fred, as well as performed in a few short films.