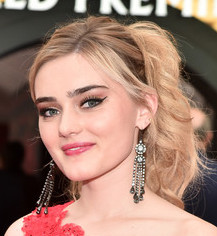 Meg Donnelly was born on July 25, 2000 in New York, USA. She started her training in performing at an early age, studying at the Annie’s Playhouse School of Performing. During this period, she got her start performing in theater. In 2013, she made her television debut in an episode of Celebrity Ghost Stories. That same year, she starred in the short-lived series Team Toon.

She next appeared in some episodes of the show Primetime: What Would You Do? Donnelly gained recognition after landing the role of Taylor Otto in the ABC sitcom American Housewife. In 2017, she had her first movie role in The Broken Ones. She recently starred as Addison in the Disney TV movie Zombies. She reprised her role in the sequel Zombies 2.