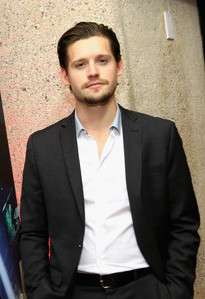 Luke Kleintank was born on May 18, 1990, in Cincinnati, Ohio, USA. At age five, he became first interested in acting. In 2009, he made his television debut in an episode of Law & Order: Special Victims Unit. That same year, he had one-time roles in The Good Wife and Mercy. His first notable role was as Elliot Leichter in Gossip Girl.

At the same time, he also starred as Noah Newman in the soap opera The Young and the Restless. Afterward, he starred as Chris Minor in the short-lived series No Ordinary Family. He went on to play recurring character Finn Abernathy in Bones. He also played Caleb Phipps in Person of Interest and Travis Hobbs in Pretty Little Liars. From 2015 to 2018, he starred as Joe Blake in the Amazon series The Man in the High Castle.