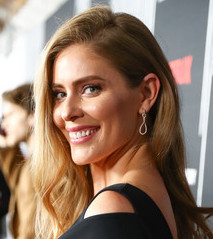 Jordan Claire Robbins is an actress whose career started in 2015. She first debuted in 2 episodes of the television series Man Seeking Woman. That same year, she appeared in some episodes of the Syfy series 12 Monkeys. After acting in some short films, she guest-starred in Supernatural, as well as made her film debut in 2018’s Anon. She next appeared in an episode of iZombie. She simultaneously appeared in the TV movies Christmas Under the Stars and Fashionably Yours. She recently gained recognition for her role as Grace in Netflix’s The Umbrella Academy. She played the said character from 2019 to 2020.