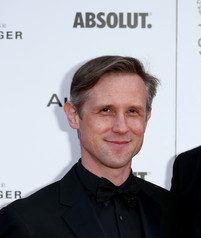 Ian Hallard is an English actor. He first appeared in the 2004 short video Global Conspiracy. He next appeared in the British drama Where The Heart Is. He went on to make one-time roles in such TV shows as Miss Marple: The Sittaford Mystery, Ideal, and Suburban Shootout. He next starred in the television film The Worst Journey in the World. After this, he had a starring role in the miniseries Crooked House. In the 2010s, Hallard made notable guest appearances in Agatha Christie: Poirot, Hustle, Doctors, and Sherlock. He also portrayed Richard Martin in the TV film An Adventure in Space and Time.