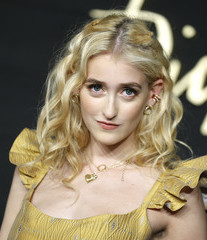 Gus Birney debuted in the 2012 short film Bloody Mary. Later in 2015, she made her first television role in an episode of Chicago Med. Her first starring role on the small screen was as Alex Cunningham / Alex Copeland in The Mist. She later had one-time roles in Law & Order: Special Victims Unit and Instinct. In 2018, she appeared in the film Here and Now. She then guest-starred in Blue Bloods and Insatiable. She gained wider recognition for her role as Jane Humphreys in the Apple TV+ series Dickinson. This year, she played her first lead role, playing the titular character in the movie Darcy.