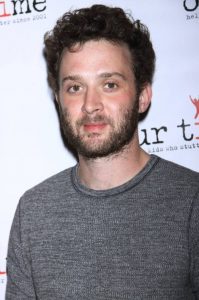 Eddie Kaye Thomas is an American actor. His Hollywood acting career started in the mid ’90s. His breakthrough came as Paul Finch in the film American Pie. He has since reprised his role in the sequels American Pie 2, American Wedding, and American Reunion. The rest of the 2000s saw him appear in the movies Sweet Friggin’ Daisies and Dirty Love, among others. He’s also known for his role as Andy Rosenberg in Harold & Kumar Go to White Castle and its sequels. He starred as Michael Petunia in the movie Petunia. As of 2014, he stars as Tobias “Toby” Curtis on the TV series Scorpion.