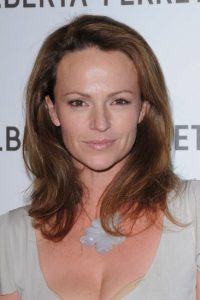 Clare Carey is an American actress. In the 1980s, she started her Hollywood career, debuting in the 1987 film Zombie High. She next had roles in the films Waxwork and Uninvited. On TV, she starred as Kelly Fox in the ABC sitcom Coach. The following decade, she starred in several TV films, as well as made one-time roles in many TV shows. Later in the 2000s, she starred as Macy Carlson in the short-lived series So Little Time. She became further known on TV for starring as Sarah Parker in Point Pleasant and Mary Bailey in Jericho. She also starred as Christine Emory in Crash. During this period, she also starred in the films Smokin’ Aces and La Cucina. In the 2010s, Carey played Kathleen McHugh in Chuck and Lucille Gladner in Aquarius.