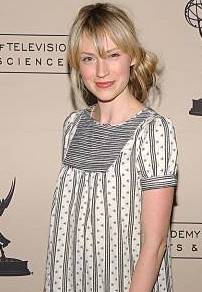 Beth Riesgraf is an American actress. She debuted in the TV series Spin City with a one-time role back in 2001. That same year, she starred as Loretta in the MTV show Undressed. Riesgraf made her big screen debut in the 2002 film Scorcher. After this, she had a minor appearance in the movie I Love Your Work. The actress became widely known for her starring performance as Parker in the TV show Leverage, which she starred in from 2008 to 2012. Following this, she played Dr. Maeve Donovan in the TV series Criminal Minds. Her latest starring role was as Samantha Ellison in the USA Network show Complications.