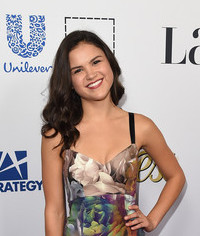 Victoria Moroles was born on September 4, 1996 in Corpus Christi, Texas. She started her career appearing in some short films in the late 2000s. In 2012, she had her first television role in an episode of CSI: Crime Scene Investigation. After this, she got the role of Pia in the television film Cloud 9.

Between 2015 and 2017, she played the part of Andie Bustamante in Disney’s Liv and Maddie. The actress became known further for her role as Hayden Romero in the MTV series Teen Wolf. Also in 2016, she had her first movie role in Is that a Gun in Your Pocket? She went on to appear in the feature film Down a Dark Hall. She also guest-starred in the TV drama Here, Now.