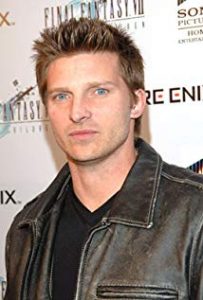 Steve Burton is an American actor. He started acting in the 1980s, debuting in the film The Manhattan Project. On television, he had his first role as Chris Fuller on the sitcom Out of This World. At the same time, he played recurring character Harris Micheals on the soap opera Days of Our Lives. From 1991-2012, he gained recognition for his role as Jason Morgan on the medical drama series General Hospital. He returned to the show in 2017. Also in the 2000s, he had performances in the films The Last Castle and Semper Fi. He went on to play Captain Russell Keys on the miniseries Taken. He simultaneously played the role of Dylan McAvoy on The Young and the Restless.