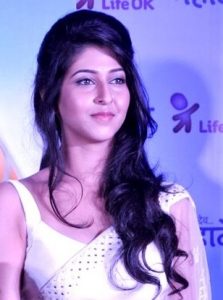 Sonarika Bhadoria is an Indian actress. She had her career beginnings in 2011, debuting in the television series Tum Dena Saath Mera. She next became known for her role as Parvati in the show Devon Ke Dev…Mahadev. In 2015, she made her feature film debut in the Telugu movie Jadoogadu. She appeared in the 2016 Telugu films Speedunnodu and Eedo Rakam Aado Rakam. She made her first Bollywood role in the movie Saansein. The following year, the actress also ventured into Tamil cinema with a role in the film Indrajith. After this, she returned to television, starring in the historical series Dastaan-E-Mohabbat Salim Anarkali.