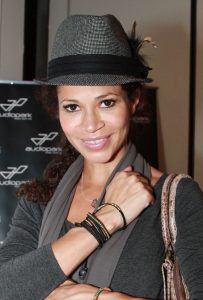 Sherri Saum is an American actress. She began her Hollywood career in the late ’90s. Her debut was a starring role, playing Vanessa Hart on the TV series Sunset Beach. After this, she starred on the TV show Beggars and Choosers. She starred on another TV soap, this time on One Life to Live as Keri Reynolds. She then made her feature film debut in Anne B. Real. After a recurring role on Rescue Me, she starred on the HBO series In Treatment. Around the same time, she guest starred on Gossip Girl. In the 2010s, she mostly had guest appearances until she landed the lead role on The Fosters.