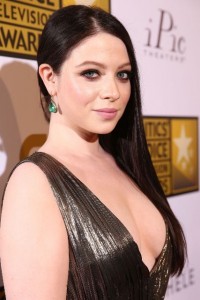 Michelle Trachtenberg is an American actress who first had her break as a child actress with a starring role on the television series The Adventures of Pete & Pete as well as in the movie Harriet the Spy. Continuing her acting career in her teens, she starred on another popular TV series, the Buffy the Vampire Slayer, establishing her as a household name on the small screen. She went on to play notable roles in mostly well-known shows, such as Six Feet Under, and Gossip Girl. Her last starring role on television was on the short-lived series Mercy. In addition, she has also built a prolific movie career with performances in Ice Princess, 17 Again, and The Scribbler.