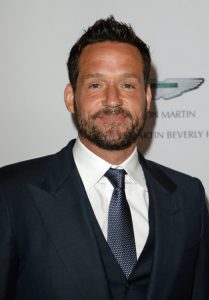 Josh Hopkins is an American actor. His Hollywood career started in the mid ’90s. His first starring role on the small screen was as Alec Stone on New York Undercover. He next starred on the TV movie Pirates of Silicon Valley and starred as Matt Prophet on Jack & Jill. In the 2000s, he became known for his role as Raymond Millbury on Ally McBeal. He next starred as Assistant D.A. Kite in 10 episodes of Cold Case. Later, he had a recurring role on Vanished and starred on the short-lived series Pepper Dennis. He next joined the main cast of Swingtown as Roger Thompson. In the 2010s, he’s best known for starring as Grayson Ellis on Cougar Town. Afterwards, he starred as Liam O’Connor on Quantico.