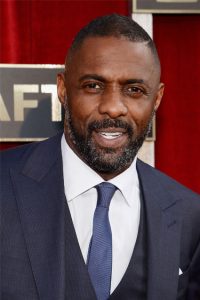 Idris Elba is an English actor. His acting career started in the mid ’90s. During his beginnings, he had notable roles on the British shows Family Affairs, Ultraviolet, and Dangerfield. In the 2000s, he became known for his role as Russell “Stringer” Bell on the American series The Wire. He next had roles in the films The Reaping, 28 Weeks Later, and American Gangster. After roles on the shows The Office and The Big C, he played DCI John Luther on the TV series Luther. In the 2010s, he had notable roles in the films Thor, Ghost Rider: Spirit of Vengeance, Prometheus, Pacific Rim, Mandela: Long Walk to Freedom as Nelson Mandela, and Star Trek Beyond.