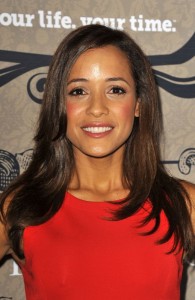 Dania Ramirez was born on November 8, 1979 in Santo Domingo, Dominican Republic. She got her first taste of acting after appearing in a commercial during her teens. She then decided to undergo training, attending NYC’s Actor’s Workshop. After graduating from Montclair State University, she relocated to Los Angeles. In 2003, she made her first television appearance in Buffy the Vampire Slayer in 2003.

Her next notable role was as Blanca in The Sopranos from 2006 to 2007. Afterwards, she gained further prominence for her role as Maya Herrera, debuting on the second season of the TV series Heroes. Her role ended in 2008. Around the same time, she acted in the movies X-Men: The Last Stand, Illegal Tender, Ball Don’t Lie, and Quarantine. In 2012, she starred in the films American Reunion and Premium Rush. As of 2013, she stars as Rosie Falta in Devious Maids.