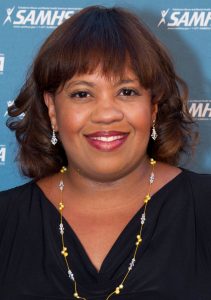 Chandra Wilson is an American actress. She has since ventured into directing. She debuted in 1989 in an episode of The Cosby Show. The following year, she made her film debut in Peer Pressure, Drugs and… You. She later appeared in the films Mad Dog and Glory, Philadelphia and Lone Star. In the 2000s, she mostly made one-time roles on television. Her breakthrough role came later after landing the role of Dr. Miranda Bailey in Grey’s Anatomy. She has been part of the show’s main cast since 2005. She has received Primetime Emmy nominations for Outstanding Supporting Actress for her role here. In 2008, she starred in the television film Accidental Friendship, gaining her another Emmy nomination for the lead actress category. That same year, she portrayed author and activist Coretta Scott King in the film A Single Woman.