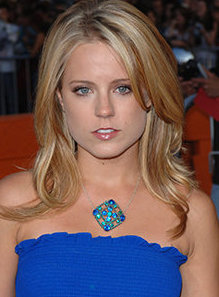 Allison Munn is an American actress whose career started as Gretchen in 2 episodes of Now and Again. Her first notable role on television was as Caroline on That ’70s Show. In 2002, she made her cinematic debut in Local Boys, followed by another role in White Oleander. From 2003 to 2006, she played Tina Haven on the sitcom What I Like About You. Afterward, she joined the main cast of the short-lived series Carpoolers as Cindy. From 2009 to 2012, she had a recurring character as Lauren on One Tree Hill. More recently, she starred as Anne Harper on the TV show Nicky, Ricky, Dicky & Dawn.