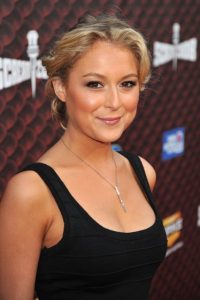 Alexa PenaVega is an American actress. Her Hollywood career started when she was little, making her debut in the show Evening Shade. She later had roles in some movies as a child actress. Her breakthrough came in the 2000s when she starred as Carmen Cortez in Spy Kids. She has since reprised the role in the sequels, including Spy Kids 2: The Island of Lost Dreams and Spy Kids 3-D: Game Over. Apart from the Sky Kids films, she has also starred in the movies Sleepover, Odd Girl Out, Walk Out, and Repo! The Genetic Opera. She has also recurring parts in the shows Unsupervised, The Tomorrow People, and Nashville in the 2010s.