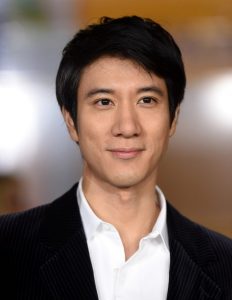 Wang Leehom is a Chinese-American actor and singer. He started his recording career in the mid-1990s. He’s released over 25 albums since his start. He’s also ventured into acting, making his debut in the 1999 movie The Iron Giant. In the 2000s, he’s mostly acted in Hong Kong films. These include China Strike Force and Moon Child. He then joined the cast of Ang Lee’s critically acclaimed movie Lust, Caution. In the 2010s, he starred in the films Little Big Soldier, Love in Disguise, The Founding of a Party, and My Lucky Star. He then starred in the Hollywood movie Blackhat alongside Chris Hemsworth. His most recent movie is 2017’s Legend of the Ancient Sword.