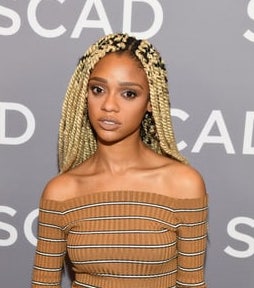 Tiffany Boone was born on August 27, 1987 in Baltimore, Maryland. She attended the California Institute of the Arts in her later life where she finished her degree. In 2006, she made her film debut in Hamilton. Years later, she appeared in the 2011 movie Detention. This was followed by a performance in the independent film Pie Head: A Kinda’ True Story.

On television, she initially had guest roles in such TV shows as Southland, Suburgatory, Grey’s Anatomy, and Perception. She then gained recognition for her role as Mandy Lang in The Following in 2014. At the same time, she guest-starred in Major Crimes and Once Upon A Time. From 2018 to 2019, Boone starred as Jerrika in Showtime’s The Chi. This year, she starred as Roxy Jones in Amazon Prime Video’s Hunters.