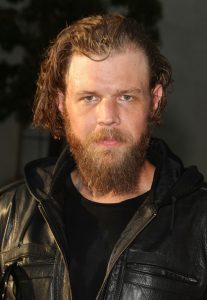 Ryan Hurst is an American actor. His career took a start in the 1990s, debuting in 2 episodes of Saved by the Bell: The New Class. His first notable role was as Wayne Simko on the sitcom Campus Cops. In 1997, he made his cinematic debut in the film The Postman. His subsequent roles were in Patch Adams and Saving Private Ryan. In the 2000s, he became known for his role as Gerry Bertier in Remember the Titans. He also played Sgt. Ernie Savage in We Were Soldiers. At the same time, he starred as Agent Jimmy McGloin on the short-lived series Wanted. From 2008 to 2012, he became known for his role as Opie Winston on Sons of Anarchy. He next played Chick Hogan on Bates Motel and Lil Foster Farrell on Outsiders. He currently plays the role of Beta on The Walking Dead.