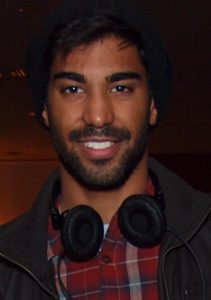 Raymond Ablack is a Canadian actor. His career started in the late 2000s, landing the starring role of Sav Bhandari in the teen drama series Degrassi: The Next Generation. He reprised his role in the TV movies Degrassi Goes Hollywood and Degrassi Takes Manhattan. He later played Raj Singh in some episodes of Orphan Black. In 2013, he made his film debut in Fondi ’91.

His next movie role was in 2015’s Beeba Boys. Other movie roles include Ashes, Acqauinted, and Buffaloed. Ablack is also known for his recurring roles on TV – he played Samir Pandey in Defiance, Raj in Shadowhunters, Stoddard in Narcos, and Sunil Doshi in Burden of Truth. He is set to star in the upcoming Netflix series Ginny & Georgia.