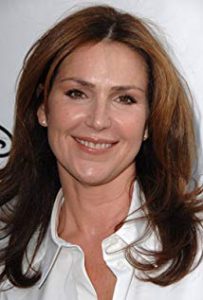 Peri Gilpin was born on May 27, 1961 in Waco, Texas, USA. She first trained at the Dallas Theater Center. She later attended the University of Texas at Austin to further her acting studies. She also trained at the British-American Academy in London. In 1998, she made her debut doing voice work in the film The Jungle Book: Mowgli’s Story. She next appeared in the movie Spring Forward.

Meanwhile, she started earlier on television with her first one-episode role in 1988. She later starred as Irene on the TV show Flesh ‘n’ Blood. Her breakthrough role was as Roz Doyle on the sitcom Frasier, which she starred in from 1993 to 2004. Afterward, she mostly worked on TV movies. From 2009 to 2011, she then became known for her role as Kim Keeler on Make It or Break It. In 2015, she played Eileen Taylor on the short-lived series Mrs. Robinson.