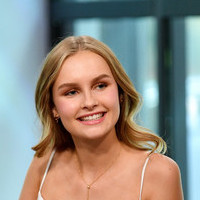 Olivia DeJonge was born on 30 April 1998 in Melbourne, Victoria, Australia. In 2011, she made her acting debut in the short film Good Pretender. She appeared in 2 more short films: Polarised and Eleven Thirty. She went on to make her big screen debut in the 2014 movie The Sisterhood of Night.

In 2015, she gained recognition for starring as Becca in the Hollywood film The Visit. That same period, she also made her TV debut as Tara Swift / Shaneen Quigg on the Aussie series Hiding. Her next role was in the Australian film Scare Campaign. In 2017, she co-starred in the psychological horror film Better Watch Out. She also portrayed Alice Burbage in the short-lived series Will.