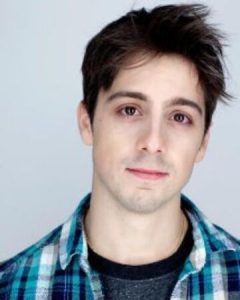 Matt Bush is an American actor. In 2005, he made his acting debut in the film One Last Thing… The following year, he had one-time roles in Veronica Mars and Scrubs. He later had roles in the films Adventureland and Halloween II. His first notable role on TV was as Eli Feldman in the comedy-drama Glory Daze. At the same time, he had performances in the films High School, Nice Guy Johnny, Piranha 3DD, and The Kitchen. Bush gained wider recognition when he started playing the role of Andy Cogan in the ABC series The Goldbergs, a character he still plays up to present. His latest film role was in 2019’s Paddleton.