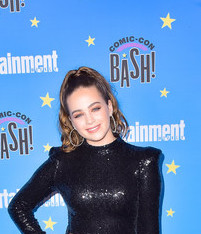 Mary Mouser was born on May 9, 1996 in Pine Bluff, Arkansas, USA. When she was five, she was chosen as Abigail Breslin’s body double for the movie Signs, which was her first work on film. Later in 2004, she had her first role in an episode of Without a Trace. She next worked as a voice actress with the films Pom Poko, Son of the Mask, and Tarzan II.

Mouser’s first remarkable role on television was as Kelly Gibbs in NCIS. She next starred as Mia Weller in the TV drama Life Is Wild. During this period, she appeared in the films Mr. Fix It and Ball Don’t Lie. Between 2011 and 2013, Mouser became further known for her role as Lacey Fleming in Body of Proof. After more guest roles on the small screen, she landed the part of Samantha LaRusso in the web series Cobra Kai.