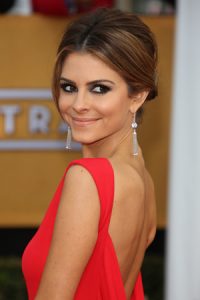 Maria Menounos is a Greek American actress and TV host. She made her debut on television as a host for Channel One News in 2000. She next worked for Entertainment Tonight from 2002 to 2005. In 2003, she made her acting debut in an episode of Without a Trace. She then landed the recurring role of Emily “Jules” Chambers in One Tree Hill. After Entertainment Tonight, she became a correspondent for Access Hollywood, which lasted until 2011. She then joined the show Extra as one of its hosts. In 2012, she competed in the 14th season of Dancing with the Stars. Since 2013, she has been co-hosting the talk show Live from E!. She’s also an ambassador for WWE since 2013.