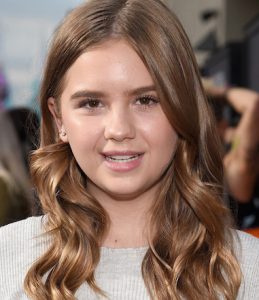 Kyla Kenedy was born on February 4, 2003, in Charleston, South Carolina. As a child actress, she debuted in the 2011 film The Yellow Wallpaper. She had her first TV appearance in an episode of CSI: Crime Scene Investigation that same year. She next played Rebecca in 3 episodes of The New Normal. Her first notable role was as Mika Samuels in The Walking Dead.

At the same time, she played the title role in the film Reality. Her next movie role was in Love Is All You Need?. Kenedy continued her prolific career on the small screen. She played the recurring character Brianna in The Night Shift and starred as Dylan DiMeo in the short-lived series Speechless. She also ventured into voice acting, starring as Piper in If You Give a Mouse a Cookie. This year, she started starring as Orly Bremer in the new series Mr. Mayor.