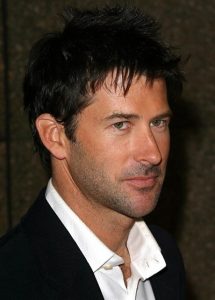 Joe Flanigan is an American actor. He started his acting career in the mid 1990s. During this period, he was mostly acting on TV movies. He went on to appear in the films A Reason to Believe, The Other Sister, Farewell to Harry, and Thoughtcrimes. On the small screen, he first starred on the TV series Sisters. He then joined the main cast of the short-lived series First Monday. His most prominent role on the small screen was as Major/Lt. Col. John Sheppard on Stargate Atlantis. In the 2010s, he appeared in the films Good Day For It and Six Bullets. He’s also writer writing for a few episodes on Stargate Atlantis.