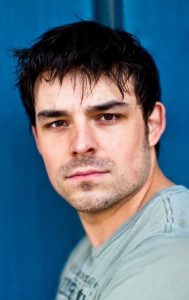 Jesse Hutch is a Canadian-born actor. He started his acting career in the early 2000s. During his beginnings, he made guest appearances on the television shows Dark Angel and Smallville. His first recurring role was as Jimmy Riley in American Dreams. During this period, he also acted in the movies Freddy vs. Jason and The Butterfly Effect. His first regular role was as Jason Mcholm in the short-lived series About A Girl. He later appeared as Nate Harrison in Kyle XY. In the 2010s, he had notable roles in the television shows True Justice, Arrow, and Cedar Cove.