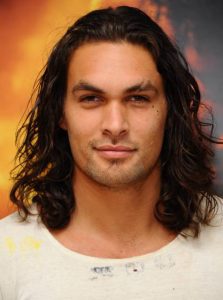 Jason Momoa is an American actor who first established his career on television with starring roles on the TV shows Baywatch Hawaii and North Shore. His starring performance on the television series Stargate Atlantis earned him wider prominence. He next appeared as a recurring character on The Game, before receiving international notice for his portrayal of Khal Drogo on the HBO series Game of Thrones. Simultaneously, he starred as the titular character in the movie Conan the Barbarian. He made his directorial debut in the film Road to Paloma while also starring and producing the said film. He had a cameo as Aquaman in the blockbuster hit Batman v Superman: Dawn of Justice.