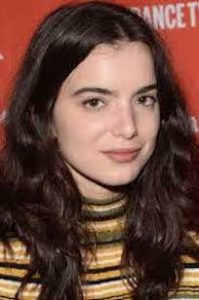 Dylan Gelula was born on May 7, 1994 in Philadelphia, Pennsylvania, U.S. When she was 17, she dropped out of school and relocated to Los Angeles to pursue an acting career. Initially, she started acting at a young age, debuting as an extra in the 2006 film Lady in the Water. Later in 2011, she made her television debut in Are We There Yet?

She had one-time roles in Law & Order: Special Victims Unit and NCIS before landing her first notable role as Gretchen Doyle in the TV Land series Jennifer Falls. She then became further known for her recurring character as Xanthippe Lannister Voorhees in Netflix’s Unbreakable Kimmy Schmidt. During this period, Gelula had performances in the films First Girl I Loved, Flower, Support the Girls, Under the Eiffel Tower and Her Smell. In addition, she had notable roles in the shows Filthy Preppy Teens and Casual.