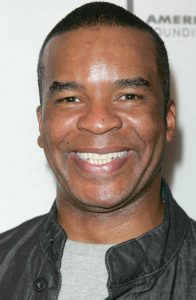 David Alan Grier is an American actor and comedian. He first appeared in the 1983 film Streamers. In the ’90s, he got his major breakthrough after being part of the sketch comedy series In Living Color. He next starred as David Preston in the TV series The Preston Episodes. Around this period, he also had performances in the films Tales from the Hood, Jumanji, and Top of the World, among others. The following decade, he had roles in the movies Blue Collar Comedy Tour: The Movie, Tiptoes, and The Muppets’ Wizard of Oz, among others. He also starred as David Bellows in the ABC sitcom Life with Bonnie. Recently, he starred in the NBC sitcom The Carmichael Show.