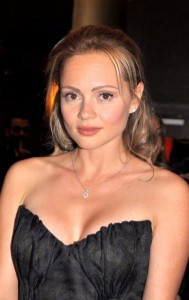 Beatrice Rosen was born on November 29, 1984 in New York City, New York, USA. She began her acting career on French television in 1998 since she mainly grew up there. After years of acting on short films, TV movies and low-budget features, she made her international debut playing the role of Gabrielle in the romantic comedy Chasing Liberty in 2004.

Around the same time, she landed guest spots on television with such TV shows as North Shore and Smallville. In 2005, she had her first recurring role in Charmed. She then joined the main cast as Faith Drake in the short-lived series Cuts. In the late 2000s, she appeared in the movies The Other Side of the Tracks, The Dark Knight, and 2012. Her most recent work on TV are in Backstrom and Taxi Brooklyn.