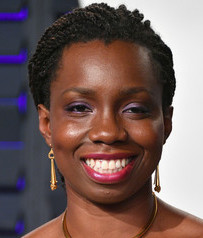 Adepero Oduye is a Nigerian-American actress. She had her career beginnings in the early 2000s, initially acting in short films. In 2004, she made her cinematic debut in the film On the Outs. She later made guest appearances in the television shows Law & Order, Law & Order: Criminal Intent, and The Unusuals. Later in 2011, she starred in the drama film Pariah, which got her critical praise. She won the Black Reel Award for Best Breakthrough Performance and also earned an Independent Spirit Award nomination. After this, she starred as Annelle Dupuy Desoto in the TV movie Steel Magnolias. Oduye became further known for her role as Eliza in the award-winning film 12 Years a Slave. She went on to star in the films The Big Short, Geostorm, The Dinner, and Galveston. More recently, she starred in the miniseries When They See Us. She’ll star in the upcoming miniseries The Falcon and the Winter Soldier.