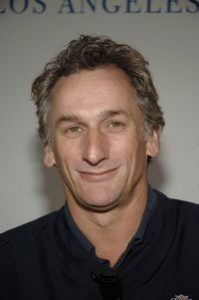 Matt Craven is a Canadian actor. He started acting professionally in the late 1970s. He became more active the following decade. During this period, he appeared in the films Hog Wild, That’s My Baby!, and Tin Men. He also appeared as Richie Messina on Tough Cookies. In the ’90s, he had supporting roles in the movies A Few Good Men, Crimson Tide, The Final Cut, and Paulie. He also starred as Officer Lenny Gayer on the ABC series High Incident. He later played Dr. Tim Lonner on the short-lived CBS show L.A. Doctors. He continued acting prolifically in the 2000s with roles in Timeline, Assault on Precinct 13, The Life of David Gale, Déjà Vu, Disturbia, and Public Enemies. His latest role was as Bill Vickery on the HBO limited series Sharp Objects.