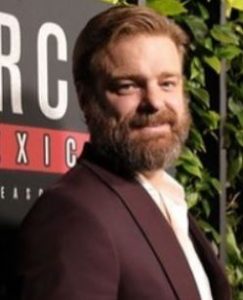 Matt Biedel is an American actor. He made his television debut in 2007, appearing in an episode of CSI: Miami. The following year, he had his first movie role in Cold Play. He then had one-time roles in Numb3rs, Dirt, Heroes, and Cold Case. In 2010, he appeared as Dr. Simon in the soap opera All My Children. Later in 2012, he starred in the direct-to-video film Fortress. Biedel went on to guest-star in such shows as Mad Men, NCIS, and NCIS: Los Angeles. In 2017, he had a role in the film Phoenix Forgotten, as well as appeared in 3 episodes of Altered Carbon. He recently became known for his role as Daryl Petsky in Narcos: Mexico.