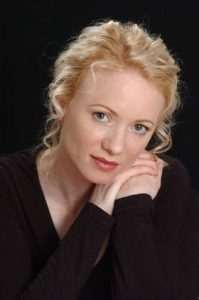 Mary Stockley is a British actress. She started her career in the 2001 TV film Being Dom Joly. Her first starring role on TV was as Kate Matherson in Family Affairs. Later in 2005, she made her film debut in Pierrepoint: The Last Hangman. This was followed by performances in the movies V for Vendetta and Artifacts, as well as in the TV films Persuasion, Britz, and Ballet Shoes. In the 2010s, she starred in the films 7 Lives, The Woman in Black, I Spit on Your Grave 2, and Diana. Recently, she had roles in The Alienist, Delicious, and Endeavour.