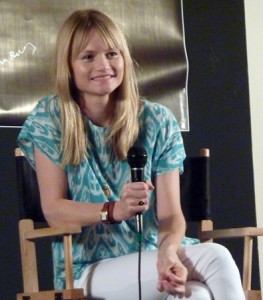 Lindsay Pulsipher was born on May 6, 1982 in Salt Lake City, Utah. Her mother is a theater actress, who then inspired her to pursue acting in her later life. In 2000, her television career began when she made her debut in Touched by an Angel. She went on to play other roles in two more episodes of the show. In 2002, she made her film debut in the indie feature Jumping for Joy.

She next played Micki in another indie movie Summer Solstice. In the late 2000s, she landed guest spots in CSI: NY and Eleventh Hour before getting her first main role as Rose Lawrence in the short-lived show The Beast in 2009. The following year, she gained wider recognition for her recurring part in True Blood. She’s also known for playing Cassie St. Cyr in Justified.