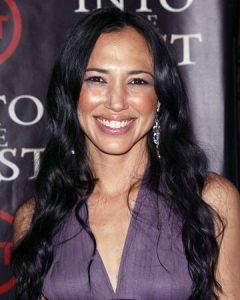 Irene Bedard is an American actress. She started her entertainment career in 1994, debuting in the film Squanto: A Warrior’s Tale. The following year, she was the voice of Pocahontas in the film of the same name. She next had roles in the movies Navajo Blues and Smoke Signals. During this period, she also starred in some TV films like in Grand Avenue, True Women, and Two for Texas. She played Pocahontas again in Pocahontas II: Journey to a New World. In the 2010s, she played May Stillwater in Longmire and starred as Kimi Lucero in The Mist. She recently appeared as Mary Lou Skye in the new series FBI: Most Wanted. Also, she had a voice role in the animated film Ralph Breaks the Internet.