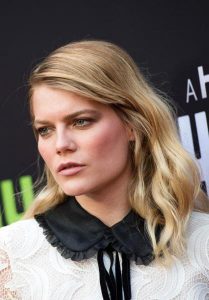 Emma Greenwell was born on January 14, 1989 in Greenwich, Connecticut, U.S.. For one year, she studied at the London Academy of Music and Dramatic Art. She recently started her acting career in 2012. Her first acting gig was a main role on the television series Shameless. She booked the job when she was 22. She played the role of Mandy Milkovich on the show.

Around the same time, she also had a recurring role on True Blood. In 2013, she made her big screen debut in the film Holy Ghost People. Afterwards, she had a guest spot on Law & Order: Special Victims Unit. In 2016, she played Caroline Bingley in the film Pride and Prejudice and Zombies. She also starred in the film Love & Friendship. As of 2016, she stars as Mary Cox on the TV series The Path.