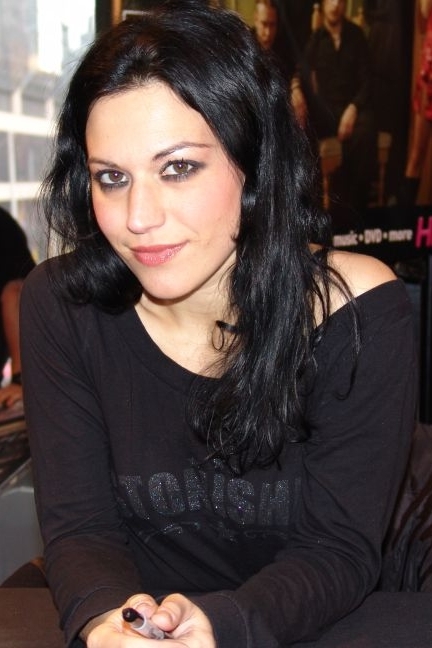 Cristina Scabbia was born on June 6, 1972 in Milan, Italy. She started singing professionally in 1991 by touring with other bands and providing backing vocals. That same year, she met Lacuna Coil’s male vocalist Andrea Ferro and bass player Marco Coti Zelati and was hired as a session singer.

When she recorded backing vocals for the band’s songs on their demo tape, she was asked to be a permanent member. In 1998, the band released Lacuna Coil EP. That same year, they released their debut full-length album In a Reverie.

The band has since released the albums Half-Life in 2000, Unleashed Memories in 2001 and Comalies in 2002, which became their breakthrough album.