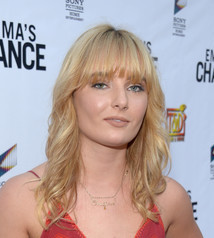 Christina Robinson is an American actress. Her Hollywood career began in the 2000s. Her breakthrough role was as Astor Bennett in the Showtime series Dexter. This also marked her television debut. She starred on the said series from 2006 to 2010, gaining her significant attention. For her performance, she received Young Artist Award nominations for Best Performance in a TV Series – Recurring Young Actress. At the same time, she had a cameo appearance in the film Arctic Tale. She went on to play the lead in the short film Equestrian Sexual Response, which also got her a nomination for the Young Artist Award for Best Performance in a Short Film – Young Actress. Her latest film role was in Emma’s Chance.